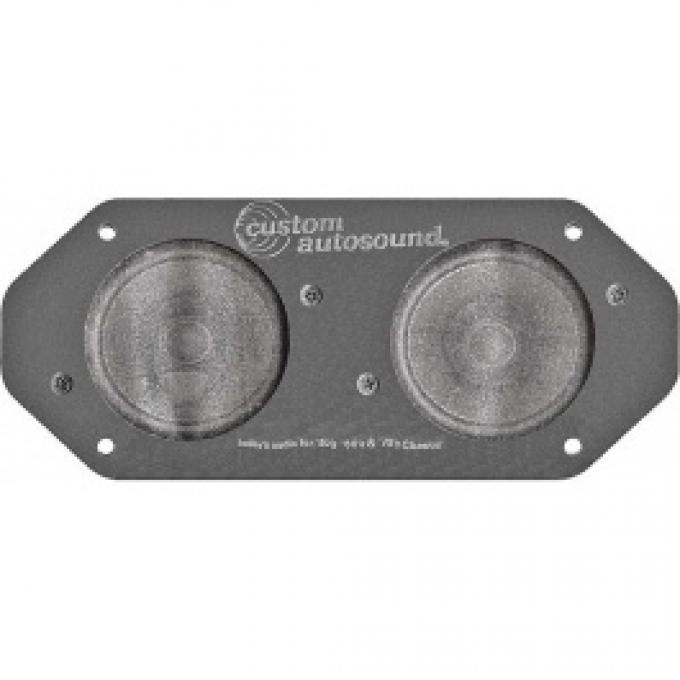 Our dual front speaker consists of two cloth covered co-axial speakers riveted to base plates specially designed for drop in installation in your original opening. These units are prewired and the base has predrilled mounting holes to make installation a snap. 80 watts power handling capability.